If anything I'm known for
a: 'making a record like the clangers',
b: 'being in an apparently really popular band nobody had ever heard of' or, to those in the know
c: 'animal themed songs'

But the intention at the start was to have a lot of skeletons. Always skeletons.

It started well with the 'Fear' artwork: 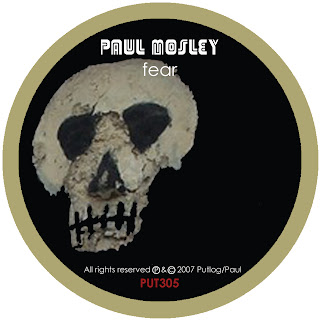 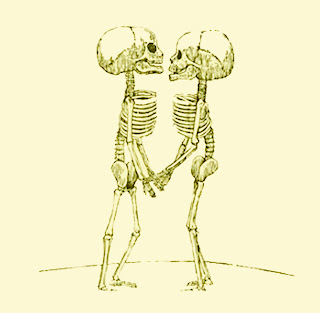 And I made a series of gig flyers, all evidence of which is lost now, featuring skeletons, or more specifically Mexican Day Of The Dead Skeletons playing various instruments. It became a thing for a little while.
Then it mutated into a Pirate theme, which I'm not done with yet, so I have my pirate flag across my piano at most gigs: 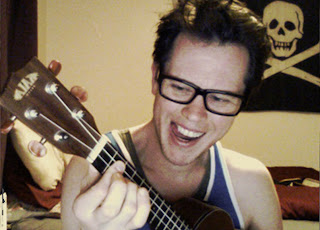 And I tried to revive it in the video for 'Phantoms (ghostbustin')' with me and the band in day of the dead make up. We did a little test: 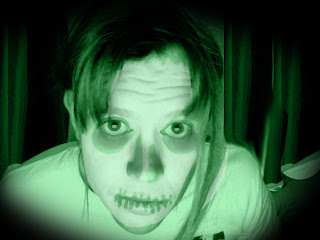 Which Andy the director declared to be 'Shit'. So we didn't do that. We instead projected onto our faces some animated skeletons like this:

Which also feature on the artwork for 'the Romantic' album and the Bad Boy Blue story book.... 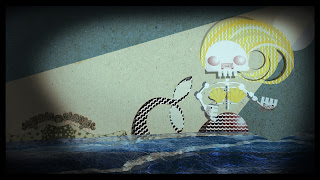 So thats the reason for the little character at the top of my scrapbook.
I have a thing about skeletons.
Posted by paul mosley at 15:14