we are electric (supermen)

I like collaborating, it's not always very easy but I think its always worth it. And ideas that can start as one thing can end up being another. 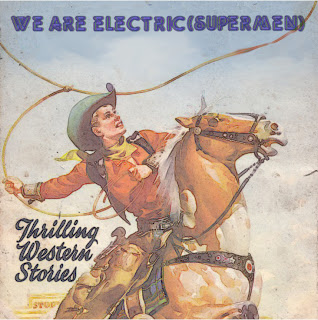 My excellent friends PLAKKA: www.myspace.com/plakkagroup play spaced out heavy electro pop and have so far provided me with a song ('Plakka got good') and a xylophone player (Georgina Trelour who used to play drums in Plakka).

I suggested they and I form a new band together but in the true spirit of collaboration I essentially came along with my idea of this band fully formed and wanted to do exactly that. I wish I'd not but I did.

This  band where to be called WE ARE ELECTRIC (SUPERMEN) - the name was my idea, the brackets where theirs. You see the level of collaboration I was embracing at the time?

As such it didn't really take off but it did lead to a handful of cracking songs, some of which I've yet to do anything with and some of which ended up on 'The Romantic' notably the song 'Electric superman' which is about and features Plakkas singer Bobby 'BK13' Kennedy. But mostly it led to a raft of ideas for websites, artwork, t shirts, all the important stuff you know.

So this is that. I still rather like it all.... 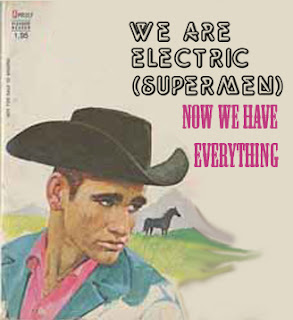 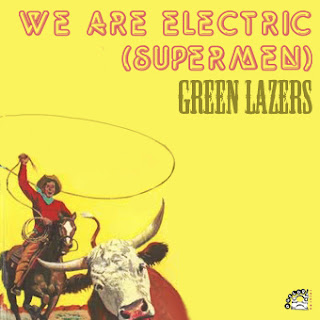 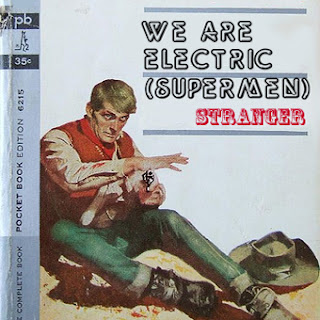 I think there was an actual song called 'stranger' but I may have been designing sleeves first and writing songs second. Certainly can't remember it now if there was one.... 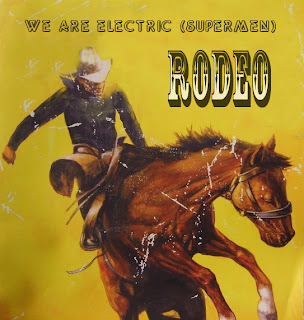 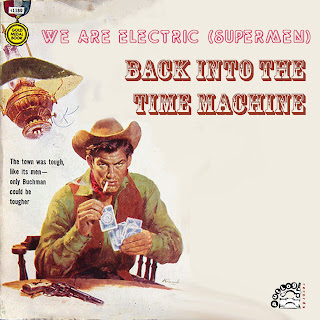 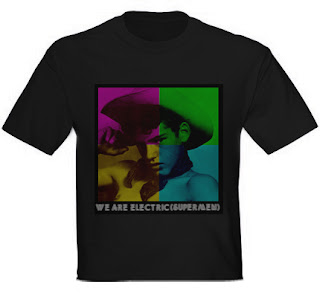 The T Shirts may have been a little bit... niche?
Posted by paul mosley at 13:08