'It's a shit business' as the League of Gentlemen's Les McQueen repeatedly said. But the music world is brilliant and what makes it so is musicians like what I have met. 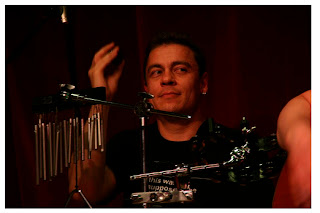 In real life Gav Fawcett drums up a heavy rock storm, but for me (and Moses) he tinkles and percusses and Ringos it up just the way I ask him to. And never complains about not playing, which is as excellent as it is rare. He used to be in Ruby, Leslie 'Silverfish' Rankins machine music experiment...

Tom Moth (harp) and Fiona Troon (bassoon) have their praises quite rightly sung elsewhere so take it as read that they are both incredible and I love them... 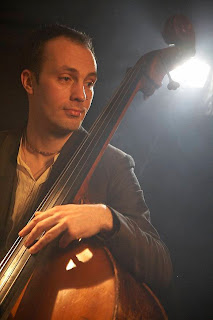 Joe Peet (www.myspace.com/joepeet) used to be in Cousteau ...


And now sings and plays bass, fiddle, mandolin, synths, piano, you name it with my lot. His excellent playing and production ideas are particularly notable on the 'Monkeys, Pigs and Wolves' album. 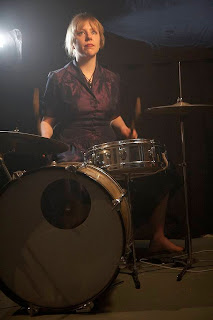 I met Georgina Trelour playing the drums for Plakka www.myspace.com/plakkagroup and found out later she is actually a concert xylophonist - how could I not beg her to get involved?  Her beautiful ability to play tuned percussion expressively is all over my album 'The Romantic'. Here she is with her very sexy Chilean/French/Australian band El Gran Chufle:

Johnny Winfield is an astonishing engineer... 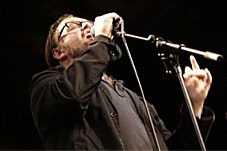 Fast and ludicrously generous with his ideas and time. It is Johnny's way with a mixing desk that has allowed me to develop my 'self sampling' style, I wouldn't have a clue how to make it work without him. Johnny has produced countless bands, commercials, soundtracks and some major and serious artists. But I met him because he also puts on a tinsel wig and sings 70's covers in the Funking Barstewards with my (musical genius) Moses pal Colin Smith.
He is part of Acid Jazz legends The Past Present Organization ...
Honorable mentions could go on for ever so thank you massively to everyone who has ever graced us with their presence, there's been a lot of you and you've all been wonderful. It's a shit business, but a brilliant world.
Posted by paul mosley at 08:14